The combined procedure is part of the hospital’s ongoing efforts to offer surgical options for patients with mitral annular calcification.

Surgeons used a robot to put a transcatheter valve in the mitral valve position and removed part of the heart muscle, which was excessively thick, to make room for the mitral valve prosthesis. They then addressed the patient’s severe aortic valve stenosis by performing a TAVR in the aortic valve position, allowing the patient have both valve interventions at the same time.

The procedure is one of several recently performed at the hospital seeking to provide advanced treatment for mitral annular calcification associated with mitral stenosis or regurgitation. Because the procedures are done with a minimally invasive approach, patients have an accelerated recovery.

“You have a population, typically elderly females, who otherwise have been unable to receive treatment for a very debilitating heart condition that leads to heart failure,” said Robert L. Smith, II, MD, medical director of cardiac robotics at Baylor Scott & White The Heart Hospital – Plano. “Now we can give them hope for an improved life and a longer life by treating their mitral stenosis or regurgitation with these valves.”

Dr. Smith is the principal investigator in the “Surgical Implantation of TRAnscatheter vaLve in Native Mitral Annular Calcification (SITRAL) Study” that is currently recruiting participants. The study involves mitral valve replacement with the Sapien 3 valve.

“We take a patient who has an extensive amount of calcification of their mitral valve and otherwise would not be a candidate for a traditional valve replacement surgery and use that calcium to our benefit to implant a transcatheter valve in that space,” said Dr. Smith. “They can have a valve that works without the same traditional requirements of tissue that we can sew into.”

Even for those who do not qualify for the current study, Baylor Scott & White Heart – Plano is dedicated to evaluating options for patients with mitral valve disease who are considered unacceptably high surgical risk.

“For patients who have a mitral pathology, there is somewhere that they can be seen and evaluated for a potential fix to their disease,” said Dr. Smith. “Our goal in our mitral valve clinic is to take all of these patients on and attempt to either treat their heart failure or manage their valve disease with an interventional treatment, surgical treatment or medical treatment.”

For more information about the SITRAL study, contact the research office​ at 469.814.4720 or ResearchTHHBP@bswhealth.org. 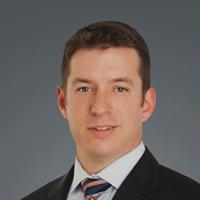