In patients with atrial fibrillation (AFib) who are at risk for bleeding, left atrial appendage closure is often considered instead of oral anticoagulation as a possibility to reduce the risk of stroke. As left atrial appendage closure options have expanded to include new occlusion devices in recent years, Baylor Scott & White The Heart Hospital – Plano has responded through a team approach.

“When the first occlusion device was approved a couple years ago, we developed a multidisciplinary team of electrophysiologists and interventional cardiologists with input from general cardiology, non-invasive cardiology and administration,” said J. Brian DeVille, MD, East Medical Director for Electrophysiology – BSWH​. “We review every case considered for left atrial appendage closure for appropriateness and for individualizing therapy.”

While oral anticoagulation remains the first line therapy for patients who are not at high risk for bleeding, in those with bleeding risks, left atrial appendage closure reduces the risk of stroke by sealing off the portion of the heart where studies have shown the majority of stroke-causing clots form in AFib patients.

“In patients who are at risk for stroke and who have risk factors for bleeding or who have had significant clinical bleeding events in the past, long-term anticoagulation may be a risk,” Dr. DeVille said. “Those are the patients who we consider for left atrial appendage closure.”

In the highest risk patients, electrophysiologists and interventional cardiologists may also perform left atrial appendage ligation using the LARIAT device. During the procedure, a large suture is placed around the atrial appendage by sticking a needle under the rib cage through the pericardial space. The device is looped over the left atrial appendage, and it is closed from the outside.

In 2015, the first left atrial appendage occlusion device – the WATCHMAN – was commercially approved. The device is placed using a single catheter through the femoral vein into the heart, with guidance from transesophageal echocardiography and contrast angiography. Most patients go home the day after the procedure and stay on warfarin for six weeks post-procedure until the device has fully epithelialized.

Studies indicate left atrial appendage occlusion provides a level of protection against embolic stroke that is roughly equivalent to oral anticoagulation. Baylor Scott & White The Heart Hospital – Plano was one of the first in the area to offer the device, and it has seen growing volumes in addition to quality outcomes. In the first year, the hospital’s complication rate was lower than national average, and its success rate was higher.

“It takes a level of commitment and support from physicians and from administration to offer devices like this,” Dr. DeVille said. “The team setup is intricate, and you want a hospital that is committed to doing the number of cases needed to support quality outcomes.”

Research continues to be an important piece of the hospital’s approach to left atrial appendage closure. Baylor Scott & White Heart – Plano is currently the leading location in the Metroplex enrolling patients in a trial to study the safety and effectiveness of another device – the Amplatzer Amulet Left Atrial Appendage (LAA) Occluder.

In early 2018, the hospital will be a location for a left atrial appendage occlusion study to investigate the effectiveness of the WAVECREST device. Through the AMAZE study, the hospital is using the LARIAT device to perform left atrial appendage ligation in a staged manner with AFib ablation to see if it makes the ablation procedure more successful.

This commitment to research and the team approach ultimately provide patients with more choices, which has been the hospital’s goal in the area of left atrial appendage closure.

“We have a well-organized, comprehensive approach with a multidisciplinary team that gives us the opportunity for individual treatment of patients based on their conditions,” Dr. DeVille said. “We have more options and techniques than most places, so our ability to treat patients is not limited by one or two devices.” 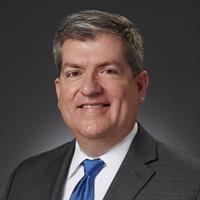